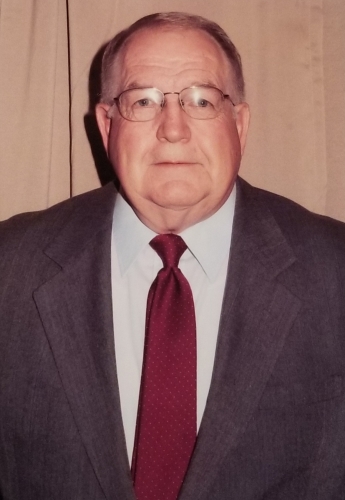 Wendell is a 1958 graduate of Alton High School, along with his wife, Rebecca (Martin) Williams.  Wendell attended Southwest Baptist College and received an Associate of Arts Degree.  He then taught eighth grade for one year near Excelsior Springs on a two-year certificate.  Upon returning to college at Southwest Missouri State, a Bachelor of Science in Education degree was earned.  He spent five years teaching fifth and sixth grades in Springfield while attaining a Master of Science degree in Elementary Administration and Supervision from Missouri University in a cooperative program with Southwest Missouri State.

In 1967, then Williams family came back home to the family farm in the Lula Community.  Wendell taught ninth grade English, Citizenship, and American History for eleven years at Alton High School.  In 1978, he was employed as elementary principal at Alton and spent fourteen years there until his retirement in 1992.  During his 31 year career, thousands of students have either been in his classes or walked the halls at the Alton Elementary School.  He enjoyed associating with the students and it was a blessing to him to be able to have some influence on their lives.  While principal, he served a term as treasurer of the Southwest District Principals Association, was chosen as Sub-District E Principal of the Year in 1988, and was nominated for Distinguished Principal from the Southwest District/Sub-district E in 1992.  Since retirement from the public schools, Wendell has supervised student teachers at SBU-Mtn. View for three years.  He was also nominated and selected by the Board of Trustees, Southwest Baptist University, Bolivar, and was awarded the Life Service Award in 2013.

Involvement in the Alton Community has been a way of life for Wendell for the past fifty years.  He is a deacon at Many Springs Baptist Church and has served in various positions in both the church and Eleven Point River Baptist Association.  He has served on the boards of the BB Road Volunteer Fire Department, Many Springs Cemetery, Oregon County Water District #1, and the Oregon County Genealogical Society.  He was on the first board of the Alton Public School Foundation which started in 2007 and served as president for three years until his term ended in 2015.  Two $500 scholarships have been awarded to R-IV graduating seniors each year since 2010 through the Wendell P. and Rebecca K. Williams Family Endowed Scholarship and the Williams Family Scholarship.  It has been a pleasure to have been associated with all the fine people during my career and God has blessed me immeasurably.